Although small business optimism increased a bit in the U.S. in May, small business hiring plans took a dip compared to April, according to the National Federation of Independent Business’s Index of Small Business Optimism.

For the second month in a row, U.S. small business confidence edged slightly higher, increasing 2.3 points to reach 94.4 for May. Although this reading is the second highest since the beginning of the recession in December 2007, this doesn’t necessarily reflect strong economic growth.

Planned job creation fell a full point, which seems to be stalling after five consecutive months of gains.

An overall optimistic small-business economic sector is certainly a good thing, but when coupled with an unenthusiastic view of future small business hiring, the result brings the whole outlook down.

According to the Hartford 2013 Small Business Pulse, over the past 12 months, the number of business owners who identify themselves as conservative risk-takers steadily increased by 63 percent. In addition, 80 percent say they are conservative rather than risky in this recent survey, which is up from 73 percent from fall 2012 and 49 percent in spring 2012.

Only 2 percent of small business owners regarded themselves as very risky, a number down from about 1 in 5 (17 percent) from a year ago.

The Hartford survey of 1,000 small business owners nationally found 68 percent have done any hiring in the past 12 months. Nearly two-thirds—63 percent—do not intend to hire anyone in the next 12 months. Of the few that have hired during the last year, 70 percent only took on one or two new employees.

The barriers to small business hiring often link to the available resources necessary to hire. Three reasons small business owners did not hire, or hired not as many people as they would have liked in the preceding 12 months:

The most important takeaway for job seekers looking to work with small business hiring—only 14 percent of owners say the lack of qualified talent is why they don’t hire, or not hire as much. 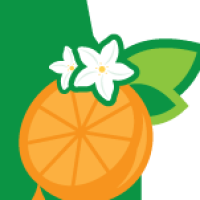