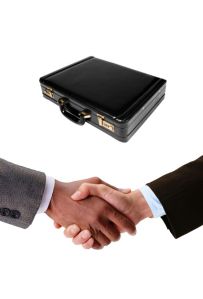 Every boss wants employees who do their jobs well. But even among highly competent employees, practicing certain habits can really make you distinguish yourself. Here are 10 tips for making sure you’re on the boss’s A-list:

Especially at the beginning of your relationship — that is, when either you or the boss is new to the job — err on the side of giving your boss too much information and asking too many questions.

“There’s no such thing as a dumb question,” says Marianne Adoradio, a Silicon Valley recruiter and career counselor. “Look at it as information gathering.”

Don’t keep up the constant stream of communication unless your boss likes it, though. It’s best to ask directly whether you’re giving the boss enough information or too much.

Acknowledge What the Boss Says

Bosses appreciate “responsive listening,” says John Farner, principal of Russell Employee Management Consulting. When your boss asks you to do something or suggests ways for you to improve your work, let her know you heard.

When your boss has a new idea, respond to it in a constructive way instead of throwing up roadblocks.

“Be willing to brainstorm ways to get something done,” says Michael Beasley, principal of Career-Crossings and a leadership and career development coach.

You’ll make your boss look good if you establish a good rapport with your department’s customers, whether they’re inside the company or outside. Bring back what you learn — about ways to offer better customer service, for example — to your boss. This is also helpful for your own career development.

“Everybody wins in the long run,” Adoradio says.

Understand How You Fit In

Is your boss detail-oriented, or someone who keeps his head in the clouds?

Equally important is understanding what your boss wants in an employee. It may be, for example, that a boss who is detail-oriented will expect his employees to be as well. But a boss who has no time for details may actually appreciate an employee who does.

If your manager has said repeatedly that she hates being interrupted first thing in the morning, don’t run to her office to give her a project update when you first get in.

Once you have worked with your boss for a while, you should be able to guess what information he will want before approving your purchase order, for example.

If you provide it ahead of time, “that’s a gold star,” Farner adds.

Think One Level Up

You still need to do your own job, of course. But when managers consider who deserves a promotion, they look for people who understand the issues that their bosses face.

Open Yourself to New Ways of Doing Things

When your boss comes to you with a new idea, don’t simply dismiss it. If you don’t think it will work, offer to discuss it further in “a mature, responsible, adult-like way,” Beasley says.

Be Engaged in Your Work

Arguing with your boss over every request is not a good strategy, but neither is simply shrugging your shoulders and agreeing with everything your boss says. “The manager would like to see an engaged individual,” Beasley says. That means both showing enthusiasm for your work and speaking up when you see room for improvement.