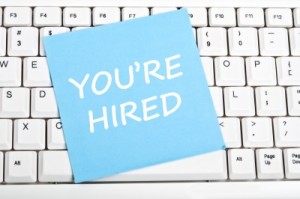 The number of job seekers over the age of 50 is rising, and both hiring managers and human resources departments are beginning to recognize the value mature workers can bring to a company.

According to a new study by Adecco Staffing, hiring managers are much more likely–3 times as much–to hire a mature worker (60 percent) than a Millennial, someone born after the mid-1980s (20 percent).

The survey polled hiring managers across a variety of industries about their views of mature workers, as opposed to Millennials.

Managers have an increasingly positive perception of mature workers, with 91 percent of respondents saying they consider mature workers “reliable,” and 88 percent rating them as “professional.”

The Labor Department categorizes mature workers as 50 years old and older, one of the fastest-growing areas of the workforce.  By 2014, job seekers over the age of 55 will have an employment rate of 41 percent, representing 21 percent of the total U.S. workforce.

Most mature workers are in a second career stage, either out of retirement or laid-off during the current economic recession.

“The rise of mature workers in today’s workforce is a direct result of economic and societal factors,” said Joyce Russell, President of Adecco Staffing, in a press release.

“These are individuals who long ago paid their dues,” Russell added, “and given their years of experience and work ethic, they make excellent job candidates and strong employees — and the results of this survey show how overwhelmingly appreciated and valued they are by hiring managers.”

Adecco lists the top 10 jobs for mature workers, based on internal data and an overall assessment of the economic environment.

These occupations represent a combination of traditional and niche positions. The industries offering the best jobs for adult workers—all of which are experiencing growth—have common features that mature workers look for—flexibility, social environments, and stability.

In addition to being attractive to mature workers, employers in these industries value the experience and skillsets that older workers bring to the table, resulting in a higher percentage of those workers on the job.

The top 10 jobs for mature workers include:

“Today’s economy has created a competitive employment landscape that can be difficult to navigate– no matter what generation you’re from,” said Russell.

“It’s important for mature workers to understand what they want out of a job,” she added.  “To seek out opportunities that allow them to combine their skill sets with their personal interests, while keeping in mind what hiring managers want to see during their interview.”

Although 39 percent of hiring managers did not see any challenges in hiring mature workers, as opposed to 27 percent for Millennials, they did identify some barriers for each employee group.

For 39 percent of hiring managers, the greatest challenge in hiring mature workers is a perceived difficulty in learning or adapting to new technology.

With Millennials, 46 percent of hiring managers see a lack of long-term commitment as the biggest potential obstacle.

Mature workers, as well as Millennials, make mistakes during interviews. The biggest mistake for mature workers, 51 percent of hiring managers say, is “high salary/compensation demands.” “Overconfidence in their abilities and experience,” was cited by 48 percent.

Thirty-three percent (33%) of hiring managers also worried that mature workers’ could be opposed to taking direction from younger management; whereas only 27 percent are concerned that Millennials’ will be reluctant to take direction from older supervisors.